Jillian Mercado is infectiously upbeat and talkative; she can whisk you into a conversation that will loop and turn for hours. While it’s clear a buoyant attitude comes naturally to her, a good aura can only be expected considering she’s become the most recognizable model with muscular dystrophy and has worked with multiple industry icons – all in less than two years.

Jillian lived and breathed fashion from a young age, albeit unwittingly. Her mother and father, both immigrants from Santiago, Dominican Republic, first worked in an embroidery factory and shoe store, respectively. She fondly recalls time spent toying with her mother’s sewing machine, learning about fabrics and toppling over while trying on shoes two times her size. The fashion bug stuck with her and she went on to study merchandising management at New York’s esteemed Fashion Institute of Technology (FIT).

After graduation, Jillian took up various titles behind the scenes. After working with socialite photographer Patrick McMullan, she held a position at Tumblr be-fore becoming the creative director of We the Urban magazine. Though Jillian never seriously entertained the idea of modeling, she submitted herself to an open call for Diesel, partially on a whim and partially for an opportunity to work with Nicola Formichetti again. The two first became acquainted during a launch party for an issue of We the Urban that featured the denim brand’s artistic director on the cover. With a small push from a friend, Jillian took the plunge. Two weeks later, Diesel notified her she was in the running to be featured in the campaign.

Jillian describes the aftermath of the campaign launch, photographed by the venerable Inez and Vinoodh, as “instant viralness”. She subsequently appeared on various television shows, including E! News, and received an influx of praise for both her-modeling and her representation of the differently abled in fashion. “From there I knew the responsibility that I had,” she says. “I was terrified that Diesel was going to be it for me, but I said ‘No, I’ve done some crazy stuff in my life. This can’t be it.”

Off-camera Jillian speaks and participates in summits as a disabilities advocate. Recent engagements include speaking at this year’s BoF 500 Symposium and Adweek’s Women Trailblazer Summit. Recently she has embarked on writing an autobiography in efforts to share her story and to continue to encourage the next generation of women and those with disabilities.

Jillian recently participated in the 2019 BoF 500 Symposium where she spoke on the importance of authentic inclusion of disabled voices in fashion. She was also nominated and selected for the Business of Fashion’s professional index of people shaping the fashion industry.

“I’m showing that having a disability doesn’t have to be ugly, and how it should be embraced. I wish I had that role model growing up, but to be that role model is great.” 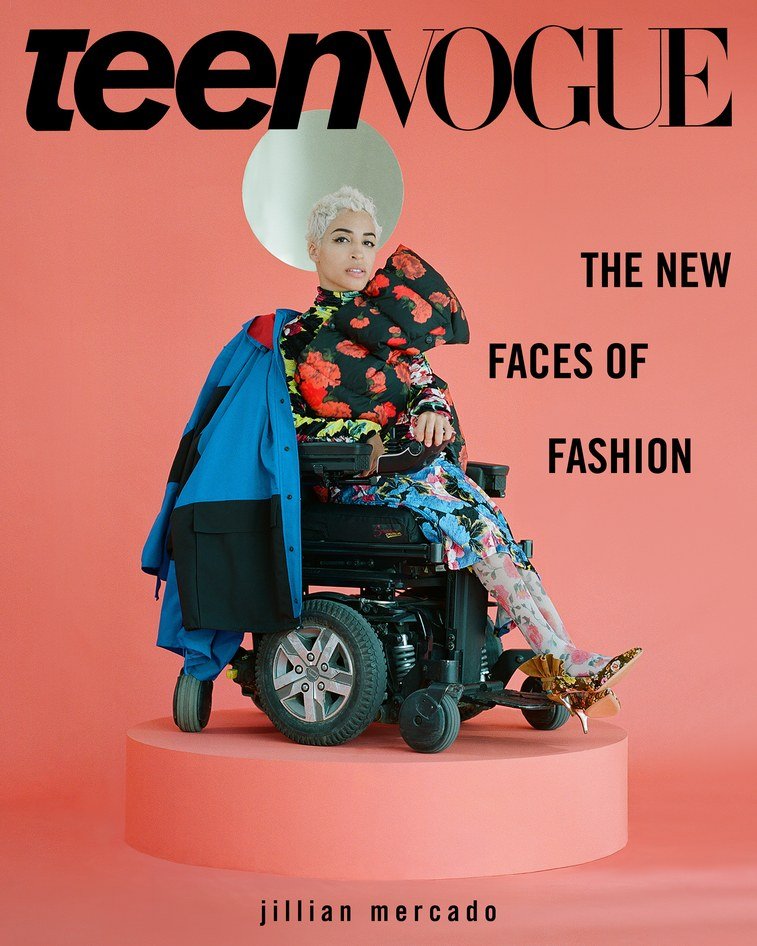