While waiting alone for friends to purchase popcorn at the movies, a model scout approached Slovakia native Kinga Rajzak. Anxious to catch up with her friends, she hastily gave the scout her mother's phone number and ducked off. However, Kinga's mother later encouraged her to take a chance on modeling. At the time, neither knew it would lead to an extraordinarily successful career that would take Kinga across the world.

The Hungarian model made her debut at Jil Sander's 2005 show in Milan which marked the end of her undergraduate studies and the beginning of her full-time modeling career. Following Jil Sander, Kinga walked the fall Nina Ricci and Yohji Yamamoto shows. The next year, she made her first magazine appearance in V and set in motion an upward progression that's been over a decade in the making.

Kinga has appeared in editorials for top publications and sat for the most respected lensmen in the industry.  Select magazine spreads include multiple international editions of Vogue (Japan, French, American Russian, Ukraine and Italian), i-D, W, Harper's Bazaar (US, Singapore, Kazakhstan, Japan), Dazed and Love. Kinga has also appeared on the Cover of Vogue Italia, shot by Steven Meisel; Elle Italia, shot by David Burton; and most recently, Harper's Bazaar Kazakhstan and L'Officiel Levant.

Kinga is deeply interested in theory after obtaining her bachelor's degree in sociology and politics as well as her master's in philosophy. Ever the bookworm, Kinga is currently working towards her second master's degree in journalism at NYU in which she intends to pursue a full-time career. Her coverage of highbrow art exhibitions is regularly featured in Purple Diary as well as Kinga's personal reflection on her relation to the world and herself as a woman in today's social climate.

When not modeling or writing, Kinga spends her time getting across New York City on her bike or at home with her cat Miss Louise Blue'rgeois. 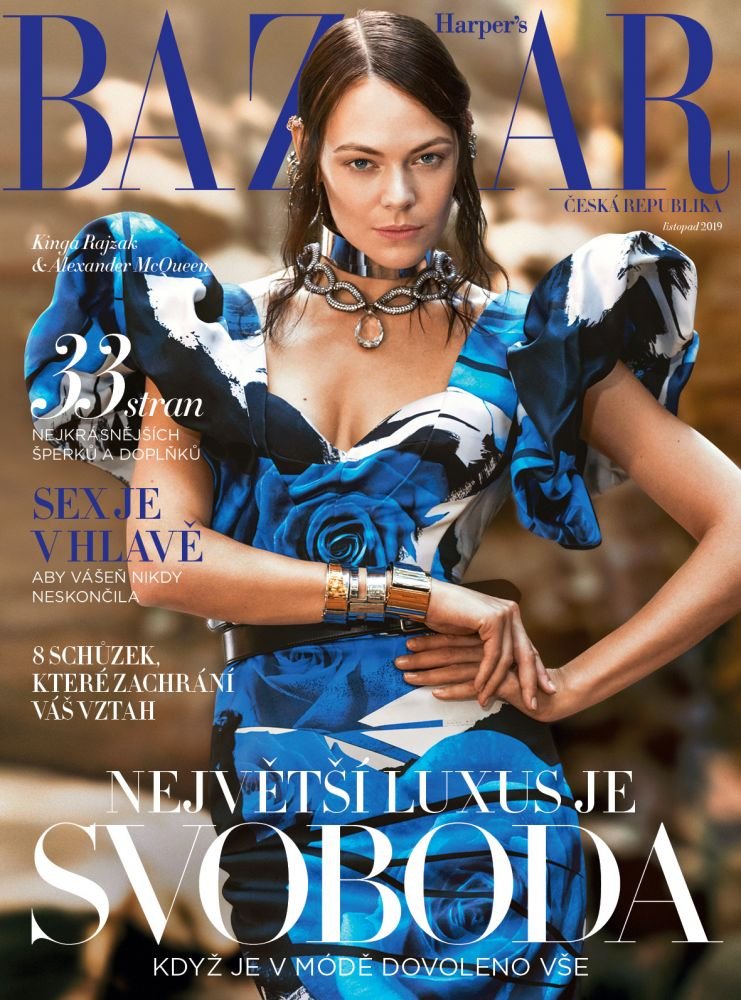