Poppy Delevingne is a celebrated model, actress, designer and British Fashion Council Ambassador.  She has been described by BFC chairman Natalie Massenet as “hardworking,  dedicated and articulate, with enormous international and consumer appeal.” She is an international cover star, muse for Chanel and Louis Vuitton, and a Contributing Editor for Love Magazine.
Her passion extends beyond fashion and Poppy is steadily building a credible reputation for herself as a burgeoning acting talent. She made her debut in a short called ‘Perfect’ alongside Gemma Arterton and Tom Hardy, and had cameos in Liza Johnson’s ‘Elvis and Nixon’,  and in Peter Bogdanovich’s ‘She’s Funny That Way’.
She was also part of the ensemble cast in ‘Ab Fab’, and made her theatre debut in Riverside Studio’s ‘Stupid Love’. She also has a role in Guy Ritchie’s “King Arthur – Legend of the Sword” which premiers in March 2017. Poppy is a central character and this will be her first role in a big studio movie. In addition, she will play a villain in “Kingsman 2 – The Golden Circle”, which is directed by Matthew Vaughan and scheduled for a 2017 release.
As a model she works regularly for several prestigious titles, appearing as a cover star for Love’s AW2015 issue. Other editorial work includes shoots for W, Vanity
Fair, Vogue, Elle, Matches, L’officel and Porter; and she has been photographed by Mario Testino, Alasdair McLellan, Terry Richardson, Solve Sundsbo and Craig Mcdean. Campaigns include Chopard, Thomas Wylde, Zadig & Voltaire, Rag & Bone, Agent Provocateur, Diesel, Alberta Ferretti and Louis Vuitton.  Poppy has utilised her creative talent to collaborate with designer Osman Yousevzada on an Art project, acting as a curator for the fourth issue of his respected title The Collective.
Her strong influence within the fashion industry has seen her successfully broaden her career into design, collaborating successfully with great brands. Her two swimwear collections in association with Solid & Striped were sold through Net A Porter, Harvey Nichols and online through Solid & Striped.  Autumn Winter 2015 saw the launch of her first shoe collaboration - a capsule collection with the cult Italian brand Aquazurra. The collection incorporated not only the high quality and fashion savvy of the brand, but was designed with all women in mind, those with a taste for travel, adventure and an appreciation of the symbolism and glamour of the night sky (motifs include the moon and stars). She is also working with Jo Malone as their first London ambassador.
Poppy gives real support in her capacity as an ambassador to two children’s   charities - ‘Starlight’ and ‘Save The Children.’ She made her first visit to the Democratic Republic of Congo in 2015 in support of Save The Children’s “No Child Born to Die” campaign, which aims to reduce the infant mortality rate in the
DRC - currently one of the highest in the world. She is also very passionate about the world’s oceans, and is a keen campaigner for the Blue Marine Foundation. 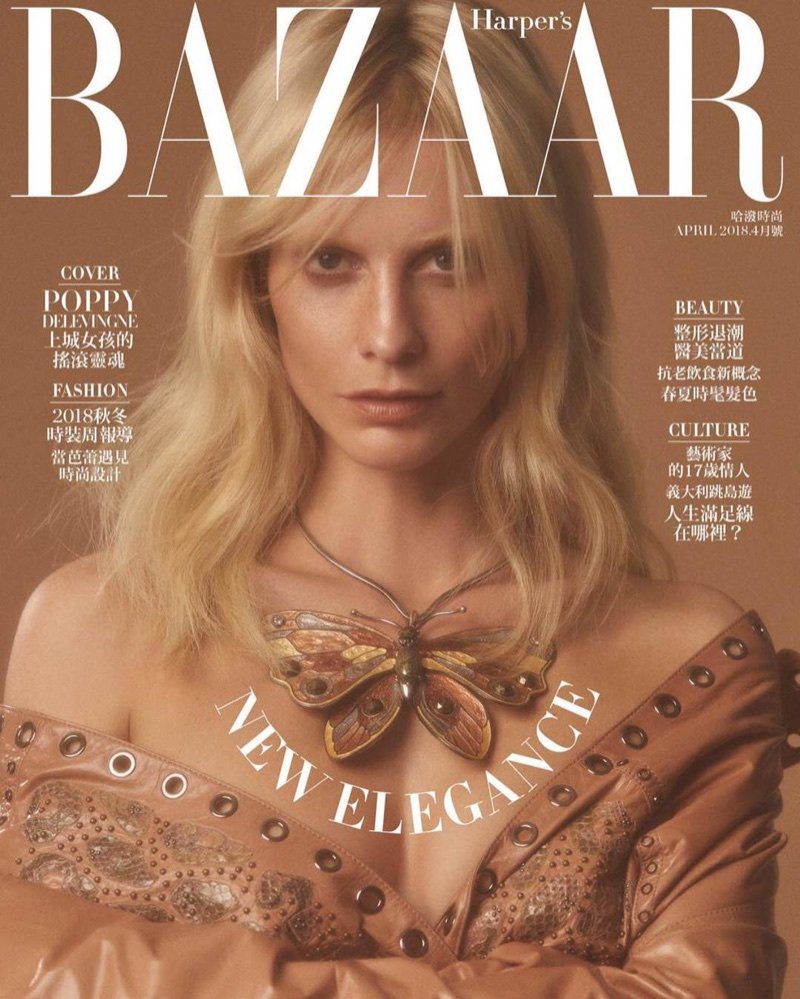